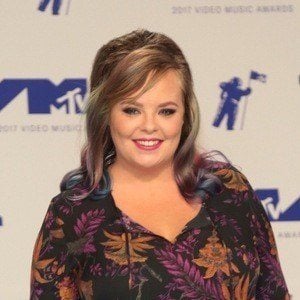 Former Teen Mom star who became an advocate for adoption in the hopes of working with pregnant mothers who struggle with the same decision she had to make as a teenager. She is also the CEO of the children's line Tierra Reign.

She became pregnant with Tyler Baltierra's baby at the age of 16. They gave up their daughter Carly for adoption as they both felt that they were too young.

She and Tyler wrote a book together called Conquering Chaos.

Her father-in-law is Butch Baltierra.

Catelynn Lowell Is A Member Of