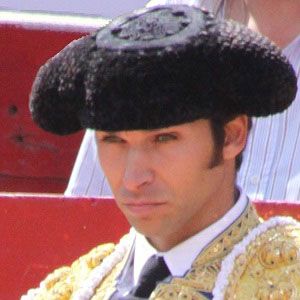 World-renowned Spanish matador who became one of the most famous bullfighters in the world in the mid-to-late 2000's. In 2007, he appeared on the cover of Vogue Magazine alongside actress Penelope Cruz.

He grew up in a famous bullfighting family in Madrid and made his professional debut in March 2005.

He has worn suits specially designed by designer Giorgio Armani during bullfights.

His great-grandfather, matador Cayetano Ordonez, was the inspiration for the Ernest Hemingway novel The Sun Also Rises.

He and Alejandro Amaya are both world-famous matadors.

Cayetano Rivera Ordóñez Is A Member Of