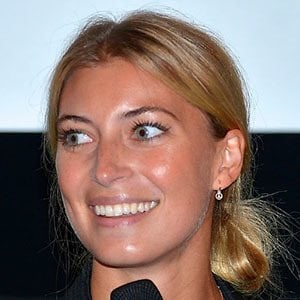 Swedish actress and comedian who is known for her roles in Simple Simon and Masjavlar. She is also known for her work on the Kanal 5 network including on the programs Sverige Pussas Och Kramas and Balls of Steel.

Her film debut came in 2004 when she starred in the film Masjavlar. She first started gaining attention as an actress in 2010 when she played the character Jennifer in Simple Simon. She also gained attention as Cindy in the ICA commercials.

She is also known for having participated in several different game shows and competition series' including Brain Wall in 2008 and De 39 Stegen in 2013.

She was born and raised in Falun, Sweden.

She starred in the film Simple Simon alongside Bill Skarsgard.

Cecilia Forss Is A Member Of