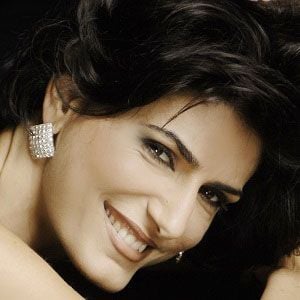 Perhaps most well known for her work in Argentine musical theatre productions, this actress and singer performed in shows such as Lords and Gentlemen, Acompañantes, and Man of La Mancha. Also a television actress, she appeared in series such as Sin Codigo, Ciudad Prohibida, and Con Alma de Tango.

She made her professional stage debut in a 1991 production of Dracula, the Musical. A year later, she made her first television appearance in an episode of Son de Diez.

A solo recording artist as well as a stage and screen performer, she released a 1999 album titled Entre Tangos y Boleros.

She was born in Buenos Aires, Argentina, to an Argentine mother and an Italian father. In her twenties, she was romantically involved with Federico Luppi.

She is a contemporary of fellow Argentine musical theater performer Elena Roger.

Cecilia Milone Is A Member Of