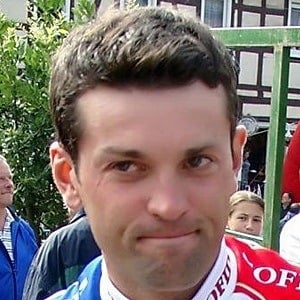 Professional road racing cyclist who was part of several different teams in the 90's and 2000's. This includes Credit Agricole and Quick Step-Innergetic.

One of his first professional teams was Novemail-Histor in 1993.

He got second place at the Grand Prix de la Ville de Lillers in 1994.

He has a son with his wife Lille.

He participated in Tour de France in 2007. Eddy Merckx is one of the top winners.

Cedric Vasseur Is A Member Of