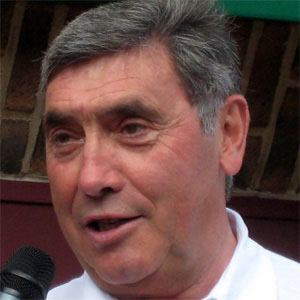 He won his first race on October 1, 1961, as an amateur rider, not long after he began racing competitively.

He was a world champion three times as a professional, and also once as an amateur.

Though they raced in different eras, he was a friend and supporter of fellow Tour de France winner Lance Armstrong.

Eddy Merckx Is A Member Of