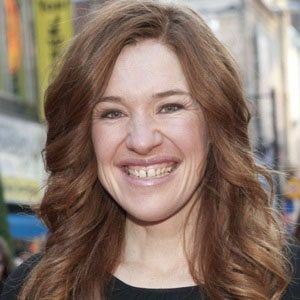 Olympic cyclist and speed skater and an inductee into Canada's Sports Hall of Fame who won two bronze medals in 1996 Summer games and one gold, one silver, two bronze medals over the course of three Winter games.

She did not envision herself as an athlete growing up, having partaken in smoking, drinking and drugs growing up. She was 16 when she started speed skating, moving to cycling in 1990.

As of the 2010 Winter games, she was one of only five total people to ever place in both the Winter and Summer Olympic games, becoming the only Canadian to do so, and was the only person to ever win multiple medals in each games.

She was born in Winnipeg, Manitoba, Canada. She was awarded the Order of Manitoba in 2006 and a year later was made a member of the Order of Canada.

Eddie Eagan is one of the few other athletes to have medaled in both the Winter and Summer Olympic games.

Clara Hughes Is A Member Of