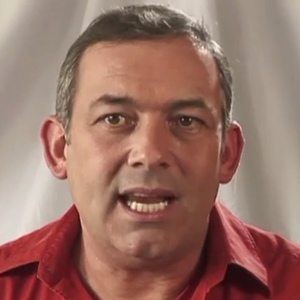 Composer, television presenter, and director who is best known for his work with the Caracol Television network including on the series También Caerás and Circo Romano. He is also known for having scored music for several shows including Do Re Millones and Los Reencauchados.

He began his career by studying piano at a very young age in Argentina. He then moved to Colombia in 1989 to star in the musical Sugar. In 1998, he went on to make his RCN Television debut as a presenter. He then joined Caracol Television in 2005.

He is known for having won the India Catalina Award and the Best Original Music Award at the Third National Contest of Focine.

Other television stars also known for having hosted the program You Will Fall Too on the Canal Caracol network include Katherine Porto and Monica Fonseca.

César Escola Is A Member Of