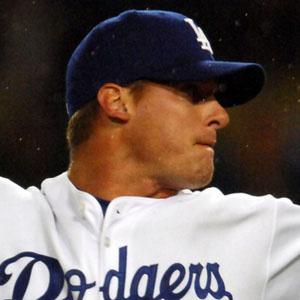 Professional baseball pitcher who became an MLB All-Star in 2009, while a member of the Los Angeles Dodgers.

He was a high school teammate of fellow big league pitcher, Jon Neise.

In 2008 he compiled one of his best seasons with the Los Angeles Dodgers, winning 16 games.

He married Tiffany Billingsley in 2009.

He was joined in the Dodgers' rotation by ace Clayton Kershaw in 2008.

Chad Billingsley Is A Member Of