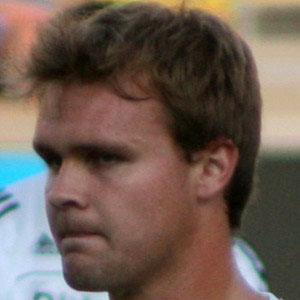 Named MLS Defender of the Year in 2008 and 2009 as a member of the Columbus Crew. He joined the Seattle Sounders FC in 2014 after spending 9 seasons with Columbus.

He won the MLS Cup with the Columbus Crew in 2008.

He was raised with a younger sister, Jaclyn Marshall.

He finished second in MLS Rookie of the Year voting to Clint Dempsey in 2004.

Chad Marshall Is A Member Of