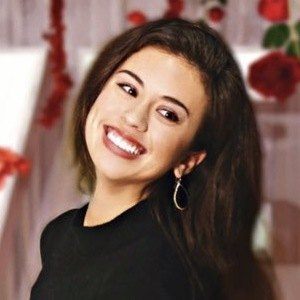 Christian YouTuber and aspiring filmmaker whose eponymous channel has accumulated over 4.2 million views through short films and comedy content. She is best known for her music video remakes Who's Got Your Money Now?" and "Here's to the Heartbreakers."

Her earliest YouTube posts include "The Magic Remote" and "'Breathe' Music Video" in 2008.

She graduated from Texas State University in 2015 with a Bachelor of Science in Mass Communication with a minor in Theatre Arts in 2015.

She grew up alongside a sister in Texas.

She and fellow YouTuber Liza Koshy were both born and raised in Houston, Texas.

Chanell Heeter Is A Member Of