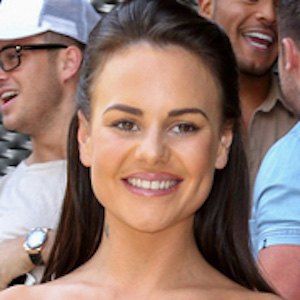 Series 12 addition to the cast of MTV UK's hit series Geordie Shore. She left the show in 2016 after just one series.

She and Marty McKenna were the new additions to the Geordie Shore world in early 2016.

She is from Newcastle, England. She has a brother and a sister named Sacha. In 2016, she began dating Kane Mousah. She was previously in a relationship with Tommy Sayers. In 2019, she had her first child, a boy named Ricardo.

She went on a date with her Geordie Shore cast mate Aaron Chalmers.

Chantelle Connelly Is A Member Of