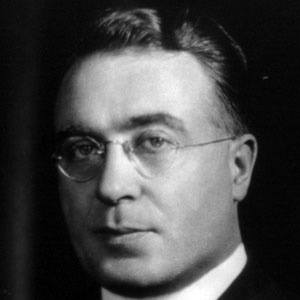 Popular priest who turned to radio to assemble his own Social Justice political party. He would often use his radio program to disseminate his anti-semitic views and support the policies of Hitler and Mussolini,

Strongly influenced by Pope Leo XIII's 1891 encyclical On the Condition of the Working Class, he decided to devote himself to spreading the gospel of social reform.

Starting in late 1926 he began regular radio broadcasts, criticizing both the Soviet Union and the Ku Klux Klan, the latter retaliating by planting a burning cross on his lawn.

Initially a supporter of Franklin D. Roosevelt's New Deal, he then became opposed to Roosevelt, and criticized him in his shortlived Social Justice magazine.

Charles Coughlin Is A Member Of