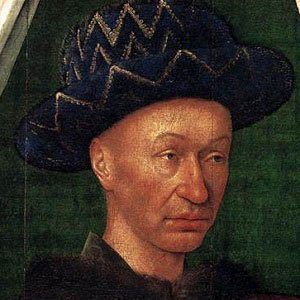 King of France from 1422 until his death who came to power as a result of the Armagnac-Burgundian Civil War.

He led an army against the English dressed in the red, white, and blue, the colors of the French flag.

His father Charles VI the Mad disinherited him in 1420 and recognized Henry V of England as the legitimate heir to the the French crown instead of him.

Each of his four older brothers died childless. He was married to Marie of Anjou from 1422 up until his death in 1461.

The victories of Joan of Arc directly led to his coronation.

Charles VII of France Is A Member Of