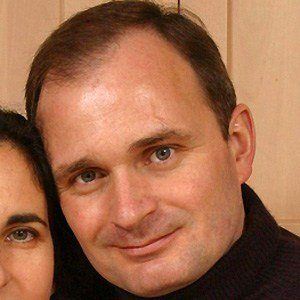 English reality competitor infamously known for cheating on the Who Wants To Be A Millionaire? reality show.

He served earned a degree in Civil Engineering and served in NATO for six months.

He had three daughters with Diana Ingram.

He also appeared on the series Hell's Kitchen, which was hosted by Gordon Ramsay .

Charles Ingram Is A Member Of