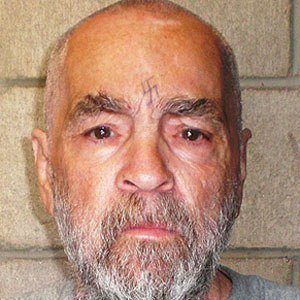 Infamous hippie leader of the Manson Family sentenced to life in prison for his influential role in three murders.

As a child he was in and out of detention centers, where he learned the art of manipulation and gained street smarts.

He aspired to be a famous musician, and fell in with the hippie crowd when he realized they respected him and his ideas.

He married twice, to Rosalie Jean Willis and Candy Stevens.

The wife of filmmaker Roman Polanski was murdered in the killing spree Manson inspired.

Charles Manson Is A Member Of