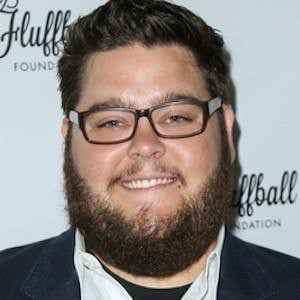 Television and film actor known for playing Fat Neil on NBC's Community and FBI Agent Daniel Krumitz on CBS's CSI: Cyber. His film debut, the 2010 comedy horror Rubber, premiered at the Cannes Film Festival in 2010 and has become a cult hit.

He played in a high school band called The Common Heard. After graduating from De La Salle High School in Concord, California, he attended Loyola Marymount University, where he graduated with a Bachelor's degree in theatre arts. His first role was in Free Rent.

His character Fat Neil on Community was first only mentioned. He was cast and appeared for the first time in season two in the episode "Asian Population Studies." He was then promoted to a series regular in seasons three and four.

He has an older sister named Katie. He began dating musician and member of the jazz band Sister Lip, Emily Schalick, in late 2013.

He was cast in CBS's newest CSI spinoff, CSI: Cyber in 2014. It began airing in September 2015 and he stars opposite Patricia Arquette and James Van Der Beek.

Charley Koontz Is A Member Of