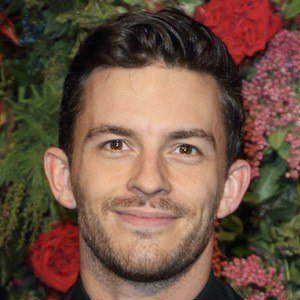 Famous for his starring roles as Lord Anthony Bridgerton in Bridgerton, Olly Stevens in the ITV series Broadchurch and Leonardo da Vinci on BBC's Leonardo, Bailey also had a successful career as a stage actor, appearing in the 2013 Royal National Theatre production of Othello and in the 2003 Royal Shakespeare Company staging of King John.

He made his television acting debut in a 1997 episode of the ITV medical drama Bramwell.

In late 2013, he took on the part of Tim Price in the Almeida Theatre's musical version of American Psycho. He often posts lifestyle and behind-the-scenes content on his jbayleaf Instagram. The account has gained over 3.4 million followers.

He and his three sisters were raised in Wallingford, Oxfordshire, England. He is an openly gay actor.

He co-starred with James Buckley in the short-lived BBC sitcom Off the Hook.

Jonathan Bailey Is A Member Of