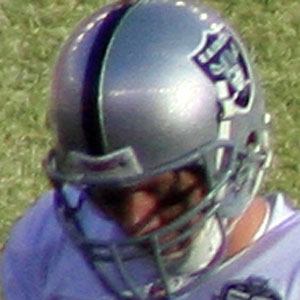 Standout quarterback at the University of Akron who became a journeyman backup quarterback in the NFL from 2005 to 2011.

He broke more than four dozen records during his college career, throwing for more than 10,000 yards and 60 touchdowns.

Picked in the third round of the 2005 NFL Draft by the Browns, he made his first career start in week 13 of his rookie year.

He was born in Willard, Ohio.

Several years after him, Colt McCoy, the former Texas Longhorn star, became the starting quarterback with the Browns.

Charlie Frye Is A Member Of