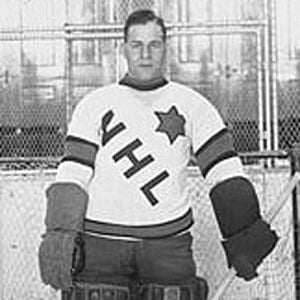 NHL Hall of Fame goaltender who in 1934 became the first goalie captain in NHL history to lead his team to Stanley Cup victory.

His friendship with Wilf Cude, who would go on to play in the NHL himself, sparked his interest in hockey.

He played his entire 7-year NHL career with the Chicago Black Hawks and retired after the 1934 Stanley Cup Championship.

He grew up in a working-class neighborhood, and he began working as a train mechanic.

He and Roy Worters were two of the top goaltenders in the early years of professional hockey.

Charlie Gardiner Is A Member Of