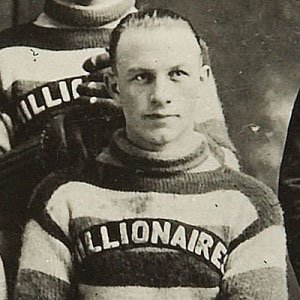 Hall of fame NHL defenseman who was a 4-time Hart Trophy winner and 2-time Stanley Cup Champion during his 14-year career.

He converted from forward to defenseman and earned the reputation of being a dirty player.

He had a portion of his sliced-off ear sewn back on with no anesthesia.

His wife Kate Macrae passed away prematurely from breast cancer.

The Hockey News magazine ranked him as the #10 best player of all time in 1998; Wayne Gretzky was #1.

Eddie Shore Is A Member Of