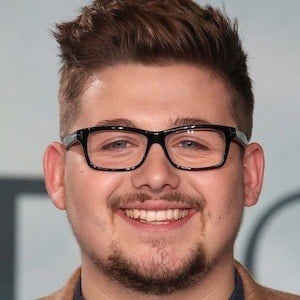 2015 X Factor UK competitor who finished in third place overall on the reality competition series. He is a soul/motown singer who had previously been the lead singer of a band called Jinx before the group split up.

He was working at a Tesco stacking shelves before auditioning for The X Factor. He studied music in college.

He was mentored by Nick Grimshaw on The X Factor.

He is from Basildon, Essex, England. His father Che Sr. had previously auditioned to be on the 3rd series of The X Factor UK.

Che Chesterman Is A Member Of