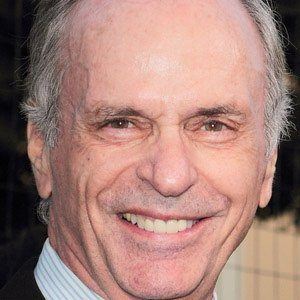 Although he also appeared in episodes of Mad Men and Everybody Loves Raymond, this actor is perhaps best known for his character roles in films such as The Majestic, Bill & Ted's Bogus Journey, and Horsemen.

Before beginning his acting career, he served in the United States Air Force during the Vietnam War. He made his screen debut in a 1981 made-for-TV-movie titled Skokie.

He received his Master of Fine Arts degree in Acting from the Dallas Theater Center.

He grew up in Sacramento, California.

He acted with Charles S. Dutton and Sean Astin in a 2007 episode of NBC's My Name is Earl.