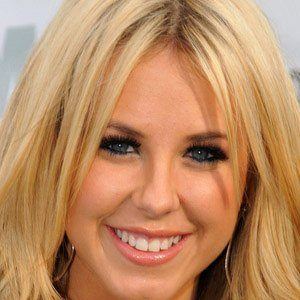 American ballroom dancer and choreographer known for her work on the ABC hit series Dancing with the Stars. She left the series after seven seasons.

She competed on So You Think You Can Dance, finishing sixth.

She has appeared on several seasons of Dancing with the Stars and her best finish has been 4th place.

She grew up with five brothers.

She, like Cheryl Burke, has gained popularity as a dancer on Dancing With the Stars.

Chelsie Hightower Is A Member Of