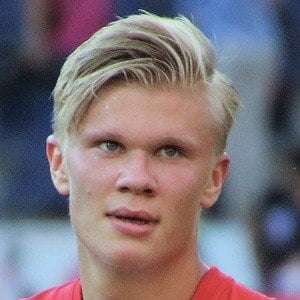 Norwegian soccer striker who began playing for the Austrian Football Bundesliga club Red Bull Salzburg in 2019. He was named the 2018 Eliteserien Breakthrough Player of the Year and won the Golden Boot Award at the 2019 FIFA U-20 World Cup. He began playing for Borussia Dortmund in 2020. He signed with Manchester City in 2022.

He spent his youth career with the academy of his hometown club Bryne FK.

He joined captain Stefan Johansen as a member of the Norwegian national team in 2019.

Erling Braut Haaland Is A Member Of