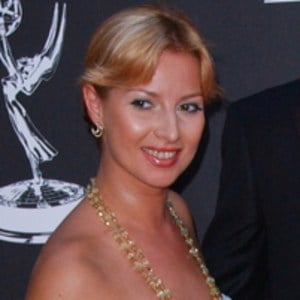 Competitive ballroom dancer who rose to fame as the partner of Ted McGinley on the seventh season of ABC's Dancing with the Stars.

She began dancing at the age of seven.

Russian born, she is of Jewish descent and was raised in the United States from the age of two.

In national dance competitions in the late 1990s, she was partnered with Dancing with the Stars costar Maksim Chmerkovskiy's brother Valentin.

Inna Brayer Is A Member Of