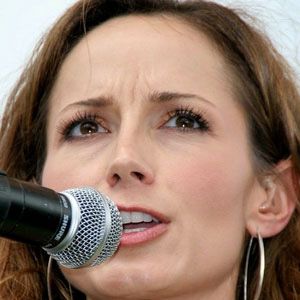 Country singer and musician who has been heavily involved with the LGBTQIA activist movement. She released hits like "Shut Up and Drive" and "Single White Female."

As a child, she started playing guitar. She first realized she was a lesbian when she was eight years old.

Early in her career, she worked as a musician at the Ozark Jubilee, a country music show in Branson.

She grew up in a family of four generations of musicians. She married Lauren Blitzer in 2011. Together they have twins, George Samuel and Everett Joseph.

She toured and co-wrote a song with the country music singer Brad Paisley, "Hard to Be a Husband, Hard to Be a Wife."

Chely Wright Is A Member Of