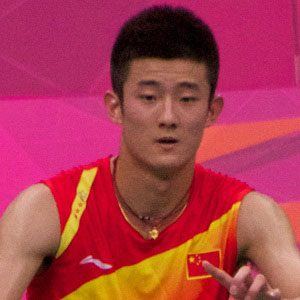 Chinese badminton player who won the BWF World Championship in men's singles in 2014. He is a multiple-time Super Series champion made his first Olympic appearance in 2012, taking home the bronze medal.

He first gained international attention at the BWF World Junior Championships in 2007.

In January 2015, he was ranked as the top men's singles player in the world.

He was born in the Shashi District, Jingzhou, Hubei.

He and Lin Dan have both been crowned as the BWF World Champion during their careers.

Chen Long Is A Member Of