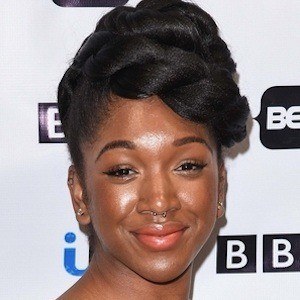 Veteran stage actress who gained national fame after being cast as Rose Granger-Weasley in the production Harry Potter and The Cursed Child. She has other stage credits in And I And Silence, The Lion King and The Amen Corner.

She was a student at the Central School of Speech and Drama where she specialized in collaborative and devised theatre.

She has been featured in the BBC dramas Call the Midwife and Ordinary Lies.

She was born and raised in Birmingham, West Midlands, England. Her parents are Jamaican and Vincentian.

She joined Anthony Boyle as a cast member of Harry Potter and The Cursed Child.

Cherrelle Skeete Is A Member Of