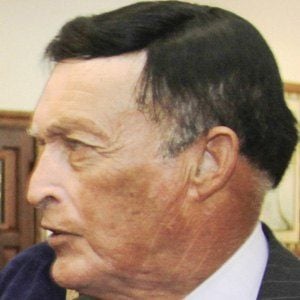 World Golf Hall of Fame member known as much for his game as for his witty remarks and signature straw hat.

He started out as a caddy at the Dorado Beach Resort, where he was encouraged to try out for the PGA.

He won only a handful of PGA Tours during his early career, but his flamboyant victory dances made him a crowd favorite.

He was born into an impoverished farming family and began helping them out on the fields at an early age.

He had a brief encounter with Mother Teresa that inspired him to do his part to help others; as a result, he started a foundation to help children in need.

Chi-Chi Rodríguez Is A Member Of