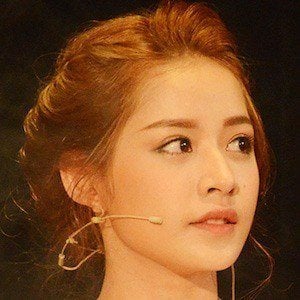 Model-actress who became famous after landing in the top 20 of Miss Teen 2009. She went on to win Vietnam's Teen Idol in 2013. Since then she has landed several roles for her work as a model and actress, including films such as My Sunshine, Girl on the Rooftop, and Love: Yeu.

She studied at RMIT university.

She was born Nguyen Thuy Chi in Hanoi, Vietnam. Her father was a solider and her mother was a teacher. She also has a sister named Nguyen Thuy Van.

She shares a birthday with American actress Lucy Hale.

Chi Pu Is A Member Of