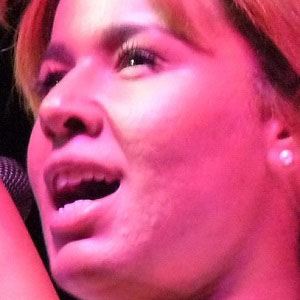 Rose to fame for appearing on the French reality show Popstars and released the number-one single "Entre Nous" in 2003.

She grew up in the Paris suburbs and participated in regional song contests when she was young.

She is of Algerian descent and she released the album Gospel & Soul in 2011.

She has a sister named Deborah.

She provided the French language theme song to the film The Day After Tomorrow, which starred Jake Gyllenhaal.

Chimene Badi Is A Member Of