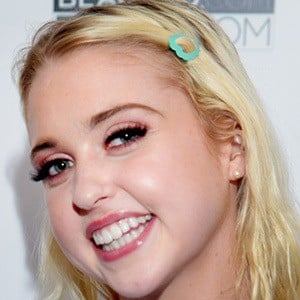 American Instagram star who usually posts modeling photos to her perfect_angelgirl account. She has accumulated over 550,000 followers on her Instagram. Also an actress, she plays the character Faye on the HBO series Euphoria and she portrayed the stepdaughter on the series Mommy's Girl.

She has been a brand ambassador for Dolls Kill clothing. She went to the Los Angeles County Museum of Art in August 2018. In February of 2022, she appeared at fashion month around the world.

She hails from Lancaster, Pennsylvania.

She appears on Euphoria alongside Sydney Sweeney and Alexa Demie.

Chloe Cherry Is A Member Of