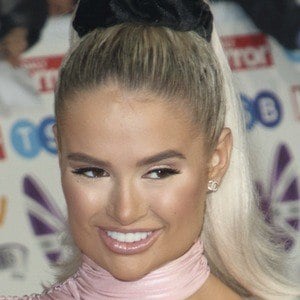 Model who has gained fame for her self-titled Instagram account where she posts casual, glam, and bikini modeling photos. In 2019, she competed on Love Island and became runner-up.

She has seen her Instagram audience grow to more than 5 million followers. She has also gained more than 1.5 million subscribers to her lifestyle and beauty-centric MollyMae YouTube channel.

She was born and raised in England. She has an older sister named Zoe. She began dating Tommy Fury while they were competing on Love Island together.

Molly-Mae Hague Is A Member Of