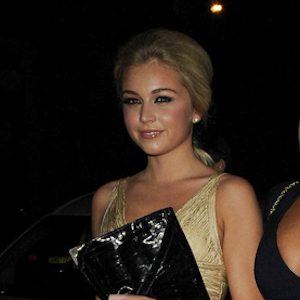 Model and television personality who rose to fame after competing on the reality series Britain and Ireland's Next Top Model in 2009. She also appeared on the TV series Desperate Scousewives.

She worked as a nurse prior to appearing on Britain and Ireland's Next Top Model.

She was interviewed by the tabloid publication Metro UK in 2011.

She is the cousin of reality star Abbey Crouch.

She and Jaiden Micheal both starred on Desperate Scousewives.

Chloe Cummings Is A Member Of