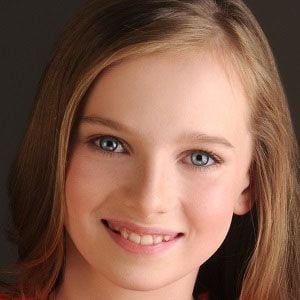 Perhaps most well known for her portrayal of Audrey Luss on the television series The Strain, this Canadian actress began her rise to prominence while in her early teens.

Early in her career, she appeared in a made-for-TV movie titled Northpole.

A dancer as well as a television actress, she performed in National Ballet of Canada, Royal Winnipeg Ballet, and Alberta Ballet productions at the Canadian National Arts Centre.

She was born and raised in Ottawa, Ontario, Canada.

Chloe O'Malley Is A Member Of