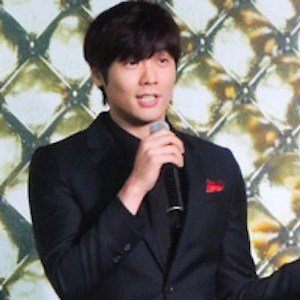 South Korean actor who is most famous for roles like Lee Sang-yong in the 2010 film Cyrano Agency and Lee Ji-hoon on the sitcom High Kick Through the Roof. He has also served as an anchorman on KBS World Radio and a DJ on KBS 2FM.

He quit college after just one semester to pursue an acting career.

He appeared in the music videos for Browneyed Soul's "Love Ballad" and Wax's "Coin Laundry."

He co-starred with Park Seo-joon in the 2015 thriller The Chronicles of Evil.

Choi Daniel Is A Member Of