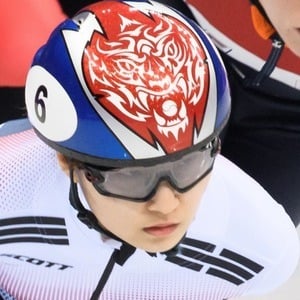 Olympic speed skater who is best known for having competed in the short track division of the sport. In 2018, she took home a gold medal from the Winter Olympics in Pyeongchang.

In 2014, she competed in the Short Track Speed Skating World Cup.

She was named the Overall Ladies World Champion at the age of 16.

She is the daughter of Lee Jae-soon.

Both she and Elise Christie held records in the 500m short track speed skating discipline.

Choi Min-Jeong Is A Member Of