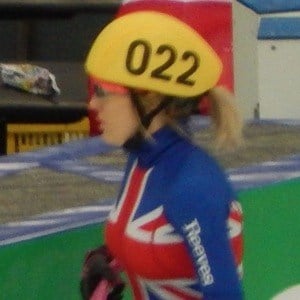 He moved to Nottingham, England when she was 15 years old to train.

She was born in Livingston, Scotland.

Elise Christie Is A Member Of