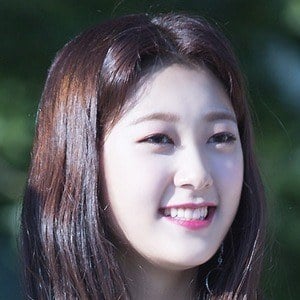 South Korean pop singer who is best known as a member of the girl group Loona. She was the eighth member to be revealed as part of Loona. The group has released two full-length albums.

Her group Loona was originally formed in October 2016 by Blockberry Creative.

Loona is known for its EPs Mix & Match and Beauty & The Beat. The band's Instagram account has over 2.4 million followers. She released her first solo single album Choerry in 2017.

Her real name is Choi Ye-Rim. She's the eldest of three daughters.

She is a South Korean pop star in the same vein as Park Ji-min.

Choerry Is A Member Of