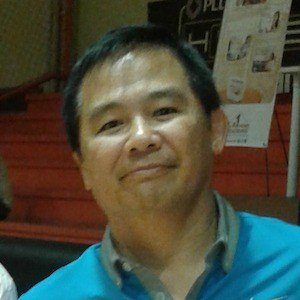 Basketball coach who became one of the most decorated in Philippine Basketball Association history, winning eight PBA titles from 1993 to 2012 as the coach of teams like Purefoods TJ Hotdogs and Talk 'N Text Tropang Texters. He was named PBA Coach of the Year five times during that span.

He got his start as an assistant to head coach Earl Timothy Cone with the Alaska Milkmen.

He is the first PBA coach to have won more than 2 Coach of the Year awards.

He has children named Rebekah, Josh Reyes and Isaiah Reyes.

He coached Jimmy Alapag to PBA titles with the Texters.

Chot Reyes Is A Member Of