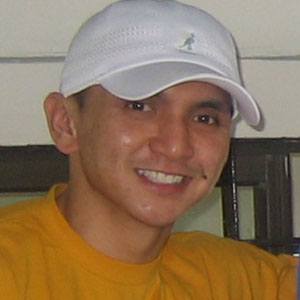 Decorated Filipino point guard nicknamed "Mighty Mouse" who won six PBA titles with the Talk 'N Text Tropang Texters, with whom he played from 2003 to 2015. He was an eleven-time All-Star, led the league in assists six times and was voted the 2011 PBA MVP.

He grew up in San Bernardino, California and played college basketball at California State University, San Bernardino. He was selected by the Texters as the 10th overall pick in the 2003 PBA Draft.

His #3 jersey was retired by the Texters during halftime of his final game, the 2015 PBA All-Star Game.

He was teammates with Gabe Norwood on the Philippines squad at the Asian Games and FIBA Basketball World Cup in 2014.

Jimmy Alapag Is A Member Of