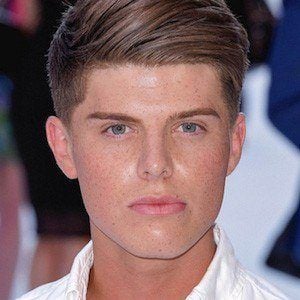 Reality television star, personal trainer, and model on ITV's Love Island in 2015. He runs a personal training business with clients in the United States, Australia, Monaco, and Spain.

He confessed to getting three spray tans per week, his hair trimmed once a week, and teeth-whitening treatments regularly.

He was born in Chelsea and his parents are millionaires. Before going on Love Island, he said that he had never been in a relationship that lasted more than a year.

Luis Morrison appeared in the same season of Love Island.

Chris Baxter Is A Member Of