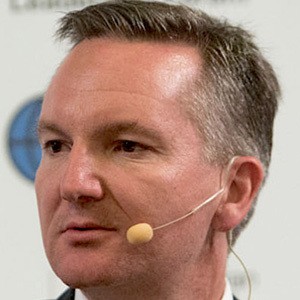 Australian politician who has gained fame as the Shadow Minister for Health beginning in June 2019. He previously served as the Shadow Treasurer of Australia between 2013-2019.

He graduated with a bachelor's degree in economics from the University of Sydney.

He served as the Leader of the Opposition between September-October 2013. He was the Assistant Treasurer of Australia between 2007-2009.

He shares two children with his wife Rebecca.

One of his mentors during his college years was Yanis Varoufakis.

Chris Bowen Is A Member Of