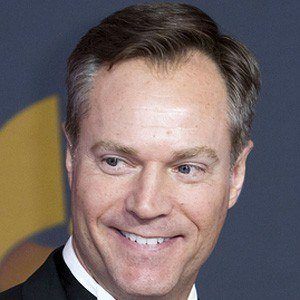 Canadian television news anchor who joined Calgary's CFCN-TV in 1992, then transferred to CICT-TV in 1997. In 2010, he began anchoring the Monday to Friday editions of News Hour.

He studied Broadcast Journalism at Mount Royal College in Calgary.

He was in Fantastic Four: Rise of the Silver Surfer as a news anchor.

He and his wife Jane Carrigan, also a news anchor, adopted a son in 2011.

He was in Fantastic Four: Rise of the Silver Surfer, alongside Jessica Alba.

Chris Gailus Is A Member Of