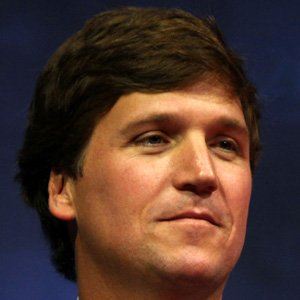 Former editor-in-chief of The Daily Caller and host of MSNBC's Tucker. He also became co-host of CNN's Crossfire and host of Tucker Carlson Tonight on Fox News.

He graduated from Trinity College, where he studied history.

He has written for numerous publications, including: The New York Times, Esquire, and The Weekly Standard.

He married his college sweetheart Susan Andrews in 1991. They had four children: Lillie, Hopie, Dorothy, and Buckley.

In October 2004, he had a highly publicized debate on his show Crossfire with Jon Stewart.

Tucker Carlson Is A Member Of