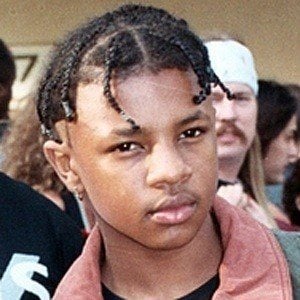 Rapper better known as Mac Daddy who was a member of the hip-hop duo Kris Kross alongside Daddy Mac. The duo rose to fame after the release of their 1992 single "Jump."

They formed the group in 1991 when they were twelve years old, but the duo had been friends since the first grade.

They released their debut album Totally Krossed Out in 1991 which was produced by rapper Jermaine Dupri. It landed in the number one position on Billboard Hot 100 for eight consecutive.

Born in Atlanta Georgia, he remained there until his death.

In 1991, they appeared in Michael Jackson's music video "Jam."

Chris Kelly Is A Member Of