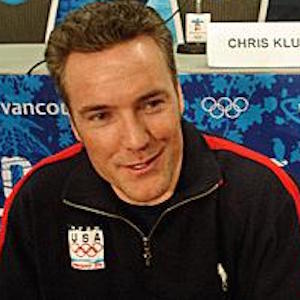 Alpine snowboarder who became the first transplantee to compete in the Olympic Games after receiving a liver transplant in 2000. He went on to earn a bronze medal at the 2002 Winter Olympics and author the autobiography To the Edge and Back.

He graduated from Deerfield Academy in Deerfield, Massachusetts.

He founded The Chris Klug Foundation and Donor Dudes to raise awareness for those in need of organ donors.

He married Melissa April, with whom he has children, in 2006.

He beat out silver medalist Danny Davis in the Dual Salom at the Winter X Games in 2016.

Chris Klug Is A Member Of