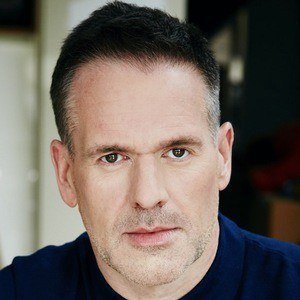 He had his first radio broadcasting experience with a local volunteer hospital radio service as a teen.

He completed a world-record breaking fifty-two-hour radio broadcast with David Vitty in 2011.

He dated Sophie Waite for eight years before splitting in September 2010. In February 2015, he began dating Irish actress Aoibhinn McGinnity.

He gained weight for his British radio program, much like Ricky Gervais.

Chris Moyles Is A Member Of