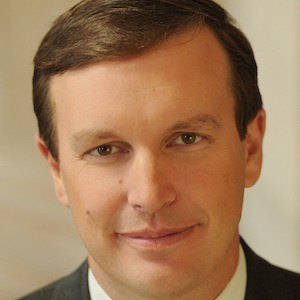 Democratic politician who became the junior United States Senator from Connecticut in 2013. He had previously served in the US House of Representatives from 2007 to 2013.

In 1998, at the young age of 25, he defeated a 14-year incumbent to become a state representative.

When he took office as a U.S. senator, he was 40 years old, the youngest senator at the time.

He had two children with his wife Catherine.

He succeeded the four-term incumbent Joe Lieberman as a U.S. Senator from Connecticut.

Chris Murphy Is A Member Of